Tinnitus is often described as ringing in the ears; often times the sounds heard, are not just confined to ringing. Many times, this condition causes sufferers to hear hissing, roaring, clicking or buzzing sounds. The sounds can vary in volume and pitch, from low to high and can be heard in one or both ears. This year, nearly 24 million Americans have suffered from Tinnitus, having lasted 5 minutes or more; On average 1 in 5 Americans are affected by Tinnitus. It is important to remember that Tinnitus is not a disease it is a symptom that there is something wrong in the auditory system. The auditory system includes our ear, auditory nerve connecting the inner ear to the brain that process sound.

Although, the onset of Tinnitus can come from ear wax there are many medical conditions such as noise-induced hearing loss, sinus infection brain tumors and thyroid abnormalities. For the elderly, tinnitus is the first sign of hearing loss. The most common cause of tinnitus is noise-induced hearing loss. This condition is commonly found in those who worked in environments that are noisy; construction workers, rail yard workers, service members, road crew and musicians and for many, over time the condition can worsen for some, affecting their quality of life, leading some to take it upon themselves to take drastic, fatal decisions.

There are two basic types of tinnitus, subjective and objective. Subjective tinnitus is the most common and is caused by ear problems in your outer or inner ear or the auditory nerve and the auditory pathways. This tinnitus is only heard by you and it can be heard as a low pitch or a high squeal. Objective tinnitus your doctor is able to hear during an examination. This is a rare type of tinnitus and is typical of a blood vessel, an inner ear bone condition or contractions. In severe cases, tinnitus can become worse, having an effect on the sufferer’s quality of life, where the condition finds it difficult for them to sleep, think or hear. During the past few years there are reports of sufferer’s killing themselves as a direct result of this condition. 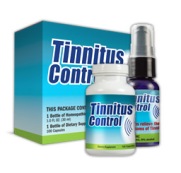 A 74 year-old grandfather in the U.K., whose tinnitus was becoming progressively worse, shot himself dead to “stop the screaming in his ears.” A rock music fan, unable to sleep for 3 months after developing tinnitus at a rock concert, stabbed himself to death. For many, treatment sees the ringing go away, while some treatment masks the ringing or hissing sounds, allowing these individuals to lead a normal life.

Today, 1 in 5 Americans suffer from a form of Tinnitus, a condition in which sufferer’s complain of a constant ringing or hissing in the ear, sometimes both. It can affect quality of life where those with the condition are not able to sleep, concentrate and for many they are unable to hear at all. Many of these individuals are flocking to internet to better understand this condition, the side effects, current treatments and what others have had to say about living with the condition. In the most extreme cases sufferer’s have killed themselves over the “screeching sounds in the head.” Knowing what to expect and the treatments that are available will provide information that will assist you in choosing the treatment that is right for you.

Noise-induced tinnitus is the most common from and many times develops after a rock concert. This condition can also be found in factory workers, construction workers or any other individuals who work in a noisy environment. As with all cures and remedies, there are videos, websites, testimonials and recommendations who are all focused on touting the miracle cure, beware of quick promises and fast fixes. The symptoms and signs of tinnitus can be relieved, and through Tinnitus Remedy, you will never have to look no further.

I am sure by now, if you are a tinnitus sufferer the last thing you want to hear are these so-called miracle cures and fake medicine. Suffering from this condition can drive one crazy, and seeking immediate relief is what is on many of your minds so let’s go over what we do know and don’t know about tinnitus and then I will introduce you to a treatment that has worked for many, whether your condition is mild, moderate or severe, effective treatment is not far away and we can introduce you to a remedy that has proven effective for others and will be just as effective for you. The constant ringing or hissing in the ears can be irritating, maddening and really have a detrimental impact in your life as your ability to sleep well and your ability to concentrate are many times overwhelmed by tinnitus. In a rush for quick treatments and fast fixes, desperation becomes part of the equation as relief from the symptoms and suffering is all that is needed.

There are many holistic or home remedies out there that claim to work, whether its utilizing a hearing aid, to balance out what is being heard, listening to various sounds at variable pitches or dropping a medicinal oil in your ear that purports to be the best of the best. However, as promising as it sounds, today there is no known cure but general relief is available to neutralize the ringing and or hissing. We have spent enough time talking about the miracle cures and fake medicine out there that it is important to understand that there are legitimate cures out there. One that has proven to be most effective and has helped thousands, with a three-step process, and within 10 days you can be free of tinnitus, regaining and taking control of your life again and never having to face it again.

What is the Cause of my Tinnitus

Tinnitus is described as a persistent ringing, humming or buzzing and for some the condition has a profound effect on the way they live, sleep and work. There is no known cure for tinnitus, but there is some relief for those who do suffer from this condition.

Brief, spontaneous tinnitus can last just seconds to several minutes, is a sensation that many of us have felt sometime in our life. Temporary Tinnitus can last several minutes to several hours and its onset usually comes after an individual is exposed to a noisy environment during a prolonged period of time. Construction workers, rock musicians or those who attend rock concerts are susceptible to temporary Tinnitus. Even a simple fireworks show can find individuals with temporary tinnitus. Those who suffer from Chronic tinnitus, the ringing and hissing is sound is quite frequent and Chronic tinnitus is defined as occurring for 3 months or longer; representing 5 to 10 percent of the current U.S. population, with less than 1 percent having severe tinnitus. Those that suffer from this condition all from all walks of life; occurring in men and woman and the young and old.

This condition is so prevalent that in the past year nearly 23 million adults experienced tinnitus for 3 months. For those 65 and older, more than 12 percent of men and 14 percent of women are affected by tinnitus and more than 200 drugs are known to cause tinnitus as a side effect when starting them or stopping them and approximately 16 million people seek medical attention for the tinnitus annually, affecting nearly 50 million people every year.

Tinnitus is most commonly found in men, seniors, blue-collar workers and with certain heart problems. It is not a disease but a symptom of something wrong with your auditory system, but chances are that the worse your hearing is the worse your tinnitus is; for the elderly this is usually the first sign in hearing loss. There are many underlying causes of tinnitus such as age-related hearing loss despite any exposure to intense or loud sounds, ear infections or ear disease. After age and gender, surveys show that excessive noise exposure is a culprit, bringing on the onset of the condition.

Outside of work, the risk for tinnitus is seen on the shooting range, but one of the most important sources for tinnitus or muffled hearing is the constant use of an MP3 player, playing music loudly through an iPhone, or any other activity, that over a prolonged period of time can and will deteriorate your hearing. There is no difference in the how or why you contracted the condition and, although, there is no cure for tinnitus there is some relief, whether its a mild, moderate, extreme or severe case there is a step process that is available at Tinnitus Control, that has helped many individuals overcome their condition and has improved their quality of life. This step process works and will help you sleep better, hear better and once again be able to concentrate at work once again.

Tinnitus Control helps silence the ringing in your ears with a unique homeopathic approach to Tinnitus Relief. The homeopathic spray delivers all-natural ingredients is absorbed quickly through the mucosal lining in your mouth. These ingredients have long been used by homeopathic practitioners to treat symptoms associated with Tinnitus. Having them all in one spray gives you the ultimate in natural relief  for Tinnitus.

FDA Registered Tinnitus Control relieves the symptoms of Tinnitus and helps stop the constant ringing in ears. You can experience all-natural homeopathic relief of the annoying ringing and constant distraction of Tinnitus with Tinnitus Control-just two sprays under the tongue up to three times a day and two capsules twice daily can help reduce your symptoms safely and quickly!