According to the Alzheimer’s Association, the number of people diagnosed with this debilitating disease is on the rise. It is expected that by the year 2050 almost 14 million people will be living with the condition known to rob people of their memory and impose anxiety and confusion.

Presently, over 5 million people suffer the effects of this disease that is now known as the 7th leading cause of death in our country. It is estimated that over $148 billion is spent each year treating this disease.
There are no pharmaceutical options available to treat, halt or reverse the symptoms of Alzheimer’s disease. Drugs being created now are made to reduce the amyloid plaques, made from a protein called Amyloid B (AB) that build up on the brain. These are a trademark of the disease.
However, recent studies reveal that small clumps of AB call oligomers appear years before the plaques even start to develop. The molecular structure of these oligomers is very different from AB.
Further, they found that drugs designed to destroy amyloid plaques have no effect on oligomers. This could explain why experimental Alzheimer’s drugs have failed; they are focused on plaques, not their precursor, oligomers.
Case Study: A Natural Approach
Mary Newport, MD, has had some up close and highly personal experience with dementia and Alzheimer’s. When her 53 year old husband started showing signs of progressive dementia, which was later diagnosed as Alzheimer’s, she took action.
He began taking Alzheimer’s drugs such as Namenda, Exelon and Aricept – however, his disease continued to worsen. It was not until Dr. Newport tried to get her husband into a drug trial for a new Alzheimer’s drug that she started to research Alzheimer’s triggers.
Her research led her to the discovery that some brain cells may have a difficult time using glucose – the brain’s main source of energy. Without this fuel, neurons begin to die. An alternative energy source for brain cells is fats, known as ketones. When the body is deprived of carbohydrates, it naturally produces ketones.
The hard part is that most people can’t cut carbohydrates out of the body altogether, and in many respects this can be unhealthy. So another way to produce ketones is by consuming oils made from medium-chain triglycerides. MCT is an oil that is made from coconut and palm oil.
The drug which was being used in the drug trial was just MCT oil at a dose of 20 grams. When MCT oil is metabolized, ketones, which are created by the body, not only protect against Alzheimer’s but may also reverse the symptoms. This is also a potential treatment for Parkinson’s, Huntington’s, type 2 diabetes and multiple and amyotrophic lateral sclerosis.
Mr. Newport began to take coconut oil twice a day at a point where he could not even remember how to draw a clock. Two weeks after adding coconut oil to his diet his drawing ability improved. After a little over a month, the drawing had more clarity. It appeared as though the oil was lifting the fog.
After sixty days, he was alert, talkative and happy. He had more focus and concentration and was able to stay on task. He kept taking the same amount of coconut oil each day and the dementia continued to reverse. He was able to run again, and his reading comprehension improved dramatically. Over time, his short-term memory returned, and he was able to talk about past events with clarity. When he had a brain scan, the atrophy that had once been present was halted.
Coconut Oil Can Save Your Brain!
What we know 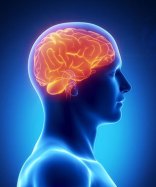 We know that Alzheimer’s drugs have failed. We know that a drug company put a non-patentable natural substance (MCT) through an FDA trial, and it worked. But, it has now been discovered that a natural substance can be substituted for the expensive drug.
The amazing thing is that the natural substitute works better than the drug version. The ketones actually last for eight hours in the body when coconut oil is used versus three when the synthetic version is used. If this actually catches on, it could bring the drug monopolies to their knees!
The benefits of organic coconut oil are remarkable and well documented. Always use high quality Extra Virgin Unrefined and Organic Coconut Oil.